Mohammad Alwahaib talks about Hannah Arendt and the Jewish-Palestinian Question

One State or Two: An Exploration of Hannah Arendt’s Solution to the Palestinian-Israeli Problem

The American philosopher of German origin, Hannah Arendt, is probably one of the most influential political philosophers in the twentieth century. Apart from her famous theoretical works such as the Human Condition and the Life of the Mind, little is known about her devotion earlier in her life to study the issue of Jewish homeland and Zionist policies, which took place between the years 1941-1948. Those were years of significant importance as they preceded the birth of the state of Israel. Arendt’s views are unique and valuable for she witnessed this period as an active Zionist turned an anti-Zionist later in her life. This lecture sheds some light on Arendt's view of rejecting the two-state solution and her arguments for a one binational state solution; i.e. an independent body politic that carries a dual Arab and Jewish identity that is capable of carrying a balanced and peaceful relations with its neighboring Arab states. In addition to examining Arendt's postulation for the one-state-solution, this talk endeavors to further discuss the implications of this Arendtian solution with regard to the Palestinian question.

Date: to be announced

Dr. Mohammad Alwahaib is Professor of Philosophy at Kuwait University and the chair of the philosophy department. He holds an MA from Boston College and a Ph.D. from Florida State University. He works on both Western and Arab political philosophy. 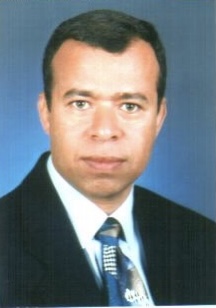 The discussant of Dr Alwahaib will be Dr. Mohammad Ahmad Alsayyed, Professor of Philosophy of Science at Kuwait University.

This event is organized in cooperation with the Crefrepa