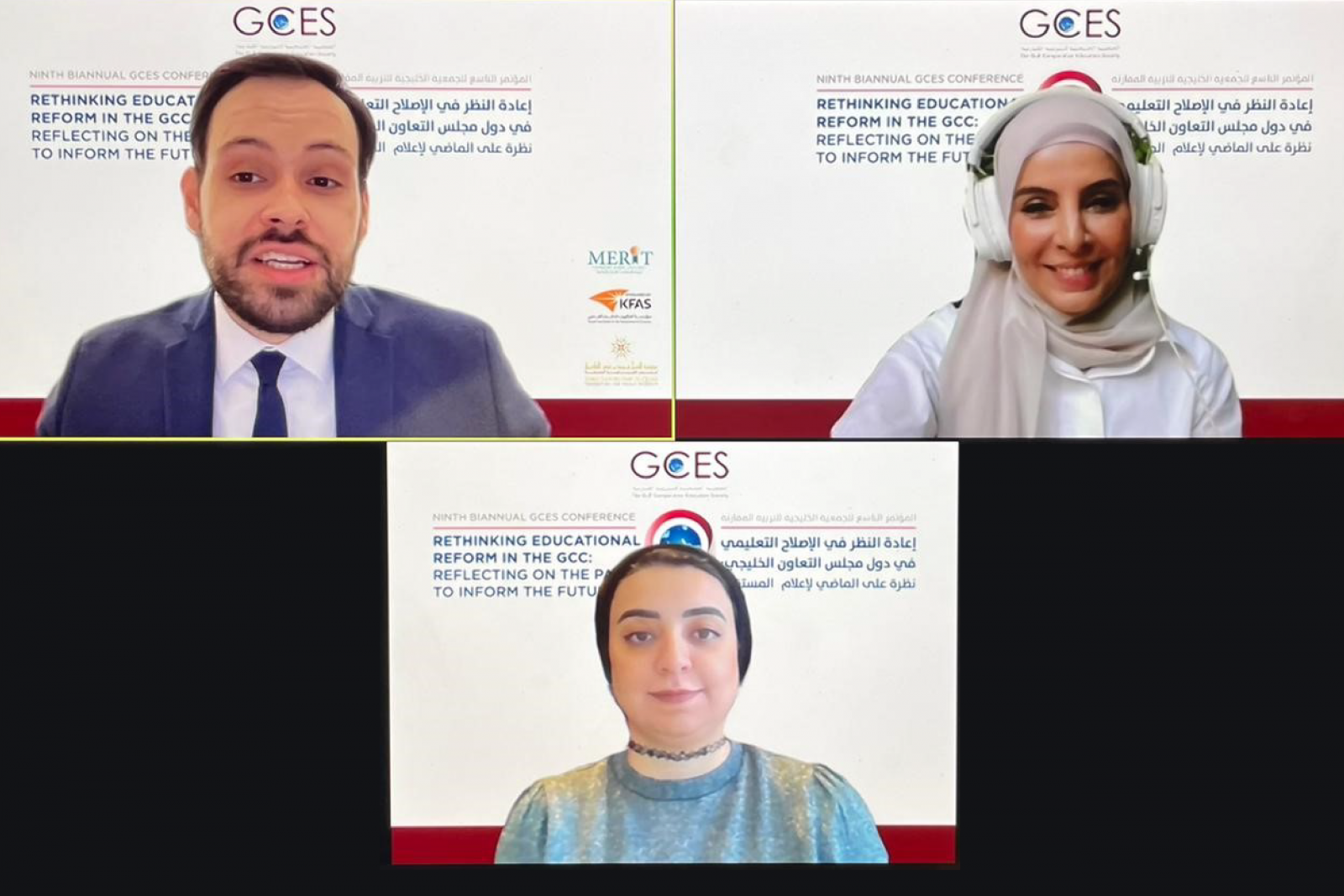 Kuwait City, 6 April 2021: Assistant Professor of English at GUST, Dr. Fatimah Al Hashem, spoke at the 9th Gulf Comparative Education Society (GCES) as keynote speaker. The 2021 edition of the GCES symposium was titled “Rethinking Educational Reform in the GCC: Reflecting on the Past to Inform the Future”, with the theme of education reform and change due to the COVID-19 pandemic.

On the second day of the three-day event which took place from March 21 to March 23, Dr. Al Hashem gave her talk, titled The Need for a National Teacher Framework in Kuwait: A Situation Analysis of a Hidden Project, with the focus on the restructuring of the education system as a whole in Kuwait. She focused on Kuwait’s need for improvement in quality of education, and that a change was the main challenge of the government who have the authority to push for this reform. When comparing to other states, she noted that most positive changes, were a result of setting national standards and measuring teachers’ mastery of the content, as well as developing teaching methods in the classroom.

Dr. Al Hashem said “It is an honor being a key note speaker for the 9th Gulf Comparative Education Society Symposium and speaking on critical issues regarding Kuwait. Being here is an opportunity for myself and GUST to showcase the importance of progressive education reform that we can bring to the gulf.”

Dr. Al Hashem is an assistant professor at the Gulf University for Science and Technology (GUST, and chair for the Center of Teaching, Learning, and Research (CTLR) at GUST. CTLR has established working relationships with Kuwait Foundation for Advancement of Sciences (KFAS) and UNESCO, offering seminars on education reform and development. The Center has also worked with many schools in offering seminars on how to implement STEM approach to teaching, and helping students improve in math and sciences.